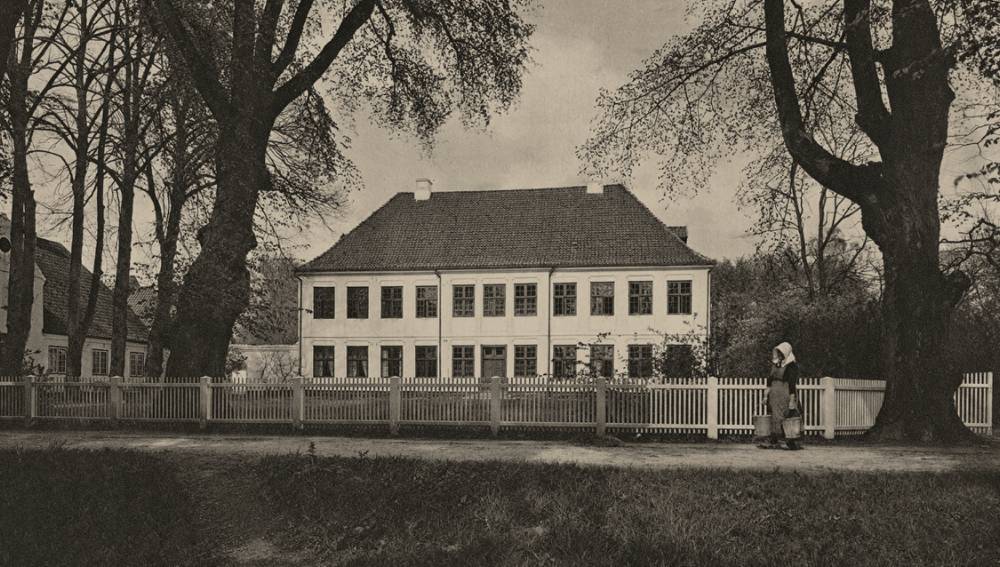 THE HISTORY OF SANDBJERG ESTATE

Sandbjerg Castle can be traced back to the 16th century. Sandbjerggaard is first mentioned around 1500, and in 1564 King Frederik II handed over a third of the royal part of the duchies to his brother Duke Hans the Younger (1545-1622), who then came into possession of the islands Ærø and Als, and Sundeved peninsula in the Duchy of Schleswig.

The Duke had the dam out to Als Sound built, which still exists, and so a cove off the sound was transformed into Møllesøen lake. His watermill, the remains of which can still be seen, was in operation until it burned down in 1916. 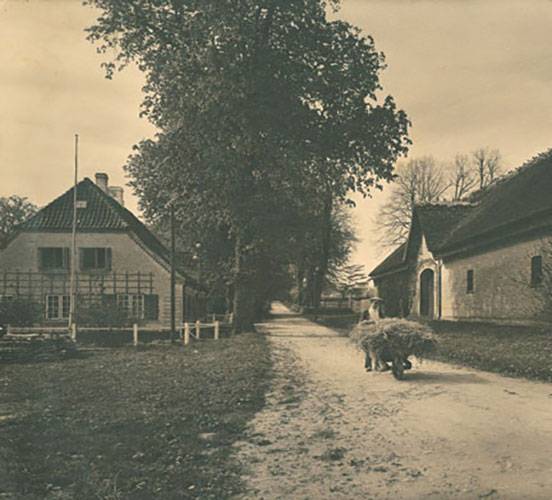 Upon Duke Hans’ death in 1622, Sandbjerg passed to his descendants of the Sønderborg line. When one of these, Duke Christian Adolf, went bankrupt in 1667, Sandbjerg passed to the crown. A few years later, in 1673, the estate was sold to the county commissioner - later Grand Chancellor - Conrad Reventlow (1644-1708) in Haderslev. He received the King’s permission to establish a fiefdom of Sandbjerg and his other properties on Sundeved peninsula, the entailed estate of Reventlow-Sandbjerg.

Duke Hans’ Sandbjerg was where Sandbjerggaard now lies - on the other side of Møllesøen lake. In 1788, Conrad had Georg Reventlow build a manor house on the point out to Als Sound. The master builder was Christian August Bohlsmann from Sønderborg. The Tenant Farmer’s House, which was built in 1783, is included together with the Manor House, the other outbuildings and the park in the grounds between Møllesøen lake and Als Sound - the current Sandbjerg Estate.

The Reventlow family owned Sandbjerg until 1930. For several years in the 1850s, the Manor House was the residence of honour for General Frederik Bülow, the victor from Fredericia in 1849. He died at Sandbjerg and is buried at Dybbøl Cemetery. 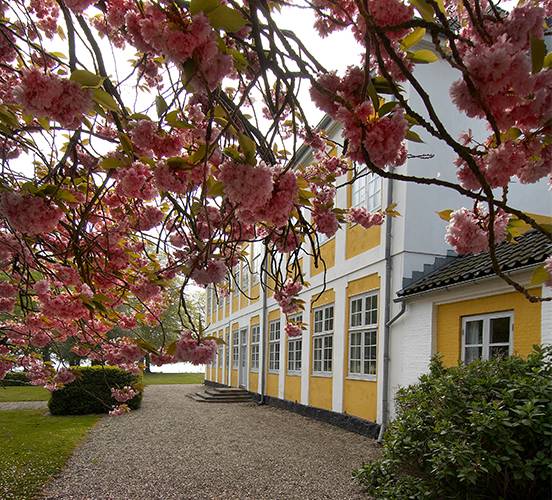 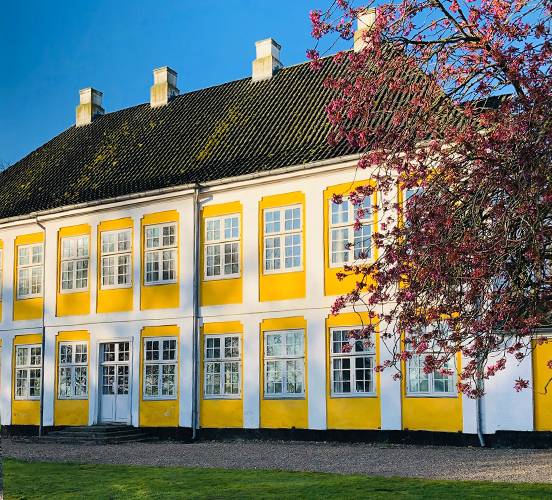 Sandbjerg Estate after World War I

During the war of 1864, the Germans were bivouacked in Storskoven wood, and the Danish army was on the other side of Als Sound. On the morning of 29 June, Sandbjerg’s big clock signalled the start of the invasion at 2 o’clock. Conservation boat runways and cannon emplacement can still be seen along the coast, just as there are remnants of column markers in the oldest trees. After the war of 1864, the duchies of Schleswig and Holstein were annexed to Germany.

After the World War I, North Schleswig was again reunited with Denmark in 1920. The reunion was celebrated at a large-scale public celebration at Dybbøl Embankment on 11 July and after the party King Christian X Sandbjerg paid a visit, where he, as Count Reventlow’s guest, according to tradition, ate his first meal in the reclaimed territory.

With the conversion of the entailed estate to simple fee in 1924, and after the last Reventlow’s death in 1929, Sandbjerg was sold to Copenhagen barrister Knud Dahl and his wife, Ellen Dahl, née Dinesen, who were both known in Southern Jutland for their deep commitment to the issues of the borderland area. Ellen Dahl was - like her sister, Karen Blixen - artistically gifted. After Knud Dahl’s death, she opened the doors of Sandbjerg to cultural figures and scientists, and in 1954 she donated the estate to Aarhus University. Upon her death in 1959, the university took over the full right of disposal over Sandbjerg Estate. In 2021, the Aarhus University Research Foundation took over ownership of the estate.